The objective of any marketing campaign is to make a profit. We want them to be both, effective and interesting. A team of specialists spend many figuring out how to make our advertisement as catchy as possible. Sometimes, however, a single ad will perform differently in different markets. Why is that so?

Very often, the reason why are translations. Unfortunately, they are treated somehow just as a background to the marketing campaigns. You cannot be more wrong, because marketing translations are not about translating text word by word into a final language. The translations of marketing texts are so specific that a new term of transcreation has been created especially just for them.

Transcreation, or so-called creative translation, is a relatively new term and not always properly understood one. One definition says that it is a mixture of translation as a scientific discipline and the art of interpretation. This probably describes the nature of the service the best. Transcreation is not an ordinary translation. In fact, most of the time it is not a translation at all.

Challenge for the translator

Linguistic correctness and a reliable translation are the basis for creation of any translation, yet the preparation of a reliable transcreation requires from the translator an appropriate level of a specific knowledge. First of all, the specificity of the marketing and advertising industry. Furthermore, the translator should become familiar with the advertising campaign’s targeted audience. The media must be appropriate regarding this audience. Equally important while transcreating, if not even more important, is knowing not only the language, but also the culture of a country of destination. Very often, within this type of texts, certain word games may appear and be characteristic only for a targeted culture.

The essence of this type of translation does not consist of a faithful translation of the text, but in mapping the idea of ​​a given advertisement in such a way that it does not vary from the culture of a country of destination.

The translator should have the appropriate linguistic sense, as he should incorporate the text in new words while maintaining the original concept. The translator shall be creative and receive as much narrative freedom as possible.

In practice, it looks like specific words are not translated, but the message, idea and, most importantly, the emotions following a given text are. The translator’s task is to prevent the ideas and emotional load in translation, pushing aside the meaning of specific words. Sometimes the transcreation may seem closer to literary translation than to translation itself. Well-translated marketing texts should also be light, original and unique.

To give an example of a poorly performed transcreation, let’s imagine, for example, an advertisement for a product that ” in cold weather warms you better than mulled wine” launched in Spain. Spaniards do not know what mulled wine is or consider it something extremely unconsumable. While in Slavic countries such an ad will not arouse negative emotions, it will get bad reception in Spain.

Understanding is the key factor

The most important thing is to understand that each language and culture has its own specificity. Sometimes, just translating can get us into trouble. At best, it lowers product sales and cause waste of money invested in a marketing campaign that has not been properly understood. At worst, it brings poor PR or even a decline in brand value that will suffer from inappropriate measures in your marketing campaign. 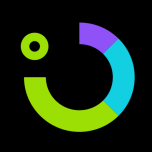 A landing page is a landing page used to achieve a specific objective. Most often the customer is directed to it after moving from an advertisement promoting a particular action. A landing page is designed with one objective or call to action (CTA...
Ads is Google’s advertising system, designed to help businesses reach customers through the online environment of the search engine and partner sites. The sites place text or image ads. They appear on the site after the user searches for key...
Content Marketing is a marketing strategy based on creating useful content for a recipient and delivering it in an attractive form. Those can be articles for a blog, infographics, or short animations. The purpose of Content Marketing is to build a...